As we enter the all important second half of 2021, Agents in the office sector have noticed increased activity among occupiers looking for space. But that wouldn’t be hard given the Pandemic and one of the lowest levels of office take up in Q1 since the 1960’s.

Agents Paul Hipwell of Lisney and Paul Finucane of Colliers point especially to increased office reservations at around 850,000 sq ft as of the end of May which is a 140% increase on the 350,000 sq ft seen in the last quarter of 2020.

Deirdre Costello of JLL reports requirements for office space totalling 2.5 million sq ft from 200 potential occupiers, most of whom are seeking small amounts. Consultancy firm KPMG accounts for one of the biggest requirements and it looks set to go to Hibernia Reit’s Harcourt Square redevelopment in Dublin 2.

News that social media company Tik Tok’s is in the process of agreeing to take 210,000 sq ft at the Sorting Office in Dublin’s South Docklands accounts for a quarter of current reservations and this news was especially welcome considering concerns that were hyped up at Google’s decision last year not to take the Sorting Office space.

The Irish Times report, that the landlord Mapletree could secure rents of between €55 and €60 per sq ft, was also reassuring considering the debate about the effects of remote working on office demand.

Google’s own decision in recent days to apply for a major extension to the Treasury building in Dublin 2, is seen as a further vote of confidence in the future of office based city centre working. The proposed 10 storey extension to add a further 600 work spaces allowing increased capacity in the Grand Canal Street building.

Lisney’s rental index showed rents slipping 6.3% during the second half of 2020. But Hipwell says the suburbs have seen little change in rents. Then again suburban rents were half or less compared to those in prime CBD.

On the other hand Costello says that prime city centre offices rents have generally held up and while some fetch €60 per sq ft, most range between €53 and €57.50 per sq ft.

Paul Hipwell says the TIk Tok deal also shows the continuing importance of Dublin offices for the Big Tech sector. ”Furthermore with full employment in this sector and with these employers competing for talent, they are doing so by offering top class office accommodation to employees,” he adds.

Agents also believe that occupiers who are in older offices and are approaching lease expiry are considering moving to more modern sustainable offices especially if those offices offer facilities such as cycle parking, showers and drying rooms to meet demand from the increasing numbers of staff who cycle to work.

Meanwhile in the Investment market,  Adrian Trueick of Knight Frank says investor demand for prime new or recently built offices is strong but there’s a lack of supply. Consequently yields are being squeezed from over 4% last year to 3.75%.

“We have offered even lower yields to developers and have received no takers. Investors too are less interested in older offices of the early 2000’s vintage with BERs of C or less or in value added opportunities,” he adds.

With the four Big Tech companies dominating the TMT sector and driving Dublin’s reputation as the tech hub for Europe, they have also attracted or generated a large number of other companies in Dublin. “Together these companies will drive the next wave of tech investment in the city,” he adds. 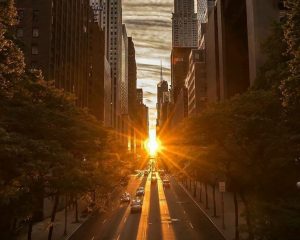 After better than expected volume of deals in 2021, valued at close to  €5 billion, agents are hopeful that a 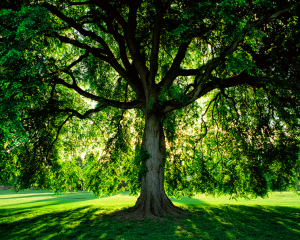 Employee Wellbeing and the Return to Office.

If you know anything about houseplants, then you know that they all have very individual needs. Some need very little