After better than expected volume of deals in 2021, valued at close to  €5.5 billion, agents are hopeful that a similar level of investment deals may be seen in 2022.

Michele Jackson of TWM says “it is hard to know. Demand will be there and down to supply/pricing and politics when it come to PRS. I would expect  turnover to be the same and Ireland and Dublin real estate to continue to attract inward investment.”

Aoife Brennan of Lisney says “I don’t think we’ll see a dip in investment values. Our view is that 2022 will be another strong year. I think demand for PRS will continue but I don’t know if it will stay at such high levels. I guess much will depend on housing policy, the new Dublin City Council draft development plan along with the measures in Housing for All, etc.”

Indeed 2022 should get off to a good start as some of the deals that have gone sale agreed may not complete until early next year and could thus boost next year’s figure. John McCartney of BNP Paribas Real Estate points out that over €2bn worth of income producing property was available to buy in Ireland at the end of September.

Conor Whelan from QRE Real Estate also expects the sub €20 million indigenous market to bounce back during 2022 after a difficult 2021 when the number of deals completed were directly impacted by the pandemic with reduced turnover from this sector below €500 million.

Declan Stone of Colliers has identified six deals in the retail sector alone worth a combined €115.6 million that were at the sale agreed stage in mid-December. Four of these were regional shopping centres being sold by Marathon Asset Management including two in Galway city centre.

Indeed Colliers retail team has recorded occupier demand for up to 867,700 sq. ft. of retail space across Ireland. “Several international retailers have been touring locations across Ireland in recent weeks and we expect to see a number of significant lettings completed in the coming months which will drive further confidence in the sector,” Declan Stone says.

Among the well known brands looking for space are Harvey Norman and H&M. The latter’s Weekday and Monki brands are seeking space on Grafton and Henry streets. New entrants seeking space include Canada Goose, Carhartt Wip and Anthropologie.

In the office sector McCartney says that after a strong level of completions in 2021 there’s more to come in 2022 and consequently vacancy rates could edge-up further next year.

On the other hand Declan O’Reilly, of Knight Frank Ireland, forecasts that demand for large, new, sustainable space will remain a key feature of the market. As a number of significant deals are expected to complete over the coming months, this will “give evidence of the underlying confidence in the market as we enter 2022. A tighter supply pipeline along with a continued shift towards greater demand for better space, will keep a floor on prime rents at the current level of €57.50 per sq ft, with prime rents for the best new space expected to increase in 2022.”

In the industrial and logistics sector Aoife Brennan says lack of supply might hold back activity levels. Nevertheless she adds “it will still be a strong year for industrial take-up and there is more stock now under construction.” 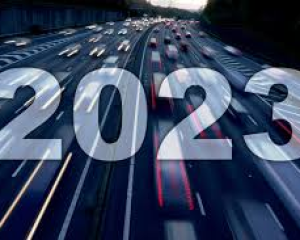 2023 A Year of Market Adjustment, Risks and Opportunities

A glance of the  2022 Review of the Year market reports during December, paints a  mixed picture as we say 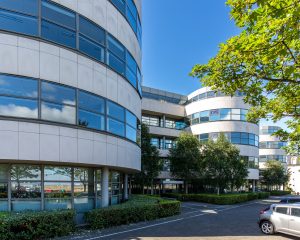